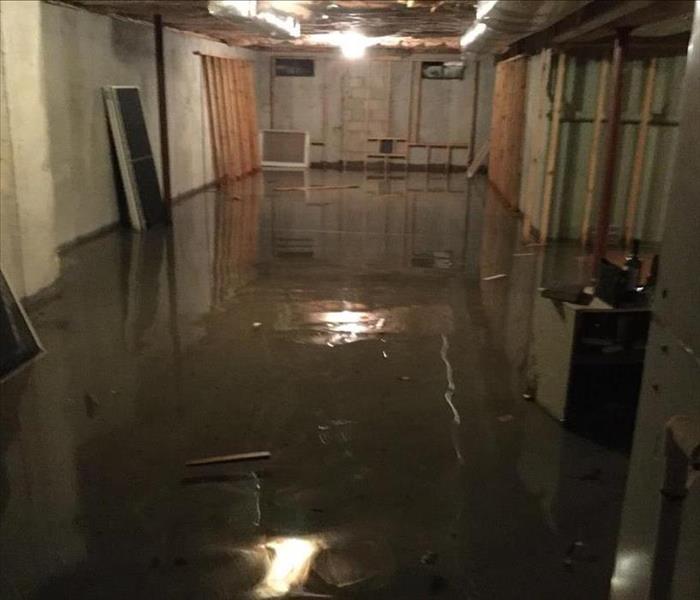 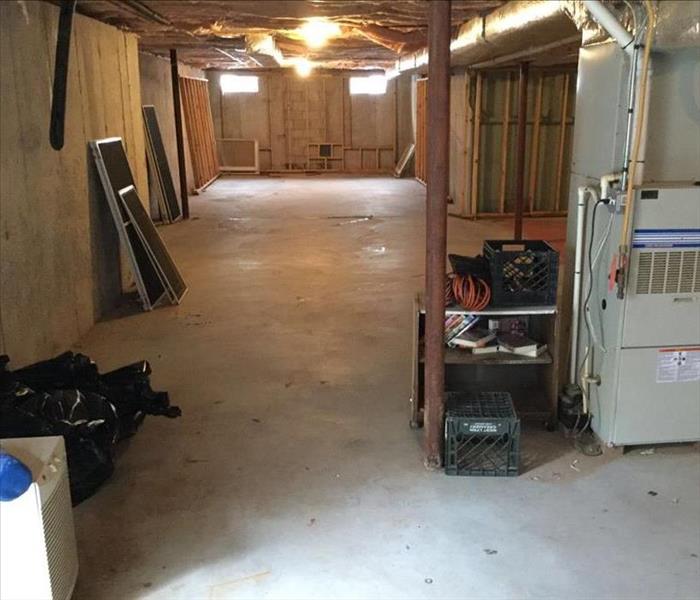 SERVPRO of Southern Worcester County was called to this home after a pipe burst in the basement. Notice the extent of the water damage; the water was about three inches deep throughout the unfinished basement. The family had been away for some time and the recent frigid weather caused the pipes to freeze. Eventually one the pipe burst, spewing water out everywhere. Upon receiving the phone call from the customer, we made it our number one priority to mitigate the issue as soon as possible. The after picture was taken only two days after the incident. Our customer was expecting a longer process and he was very thrilled with the results.