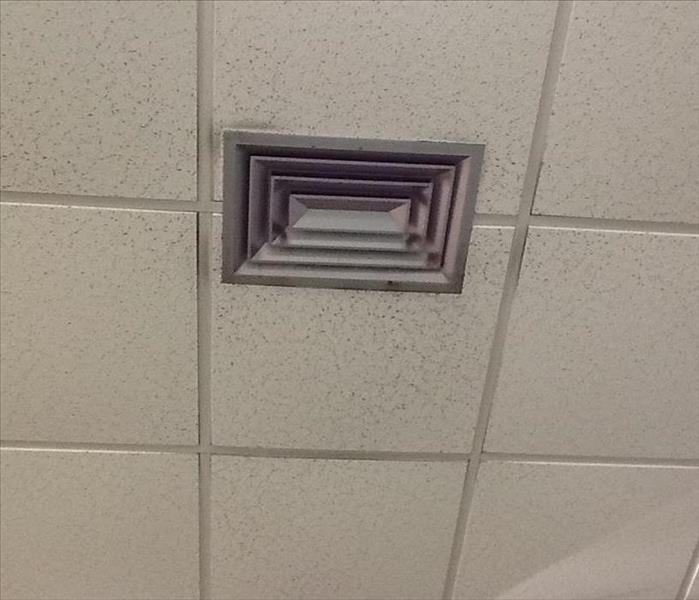 Following a small fire in a Douglas manufacturing building, SERVPRO of Southern Worcester County was dealt with the task of removing soot covered ceiling panels. Although it may seem like a straightforward process, our crews had to be especially careful when removing and replacing each one because they had become soaked with water due to the efforts of the firefighters to put out the fire. Had these tiles been left unattended to, the corrosion due to the nature of smoke and soot damage would have made each panel susceptible to falling. Fallen tiles in a workplace possess the potential to hurt potential employees! She could not have been more thrilled with the results.