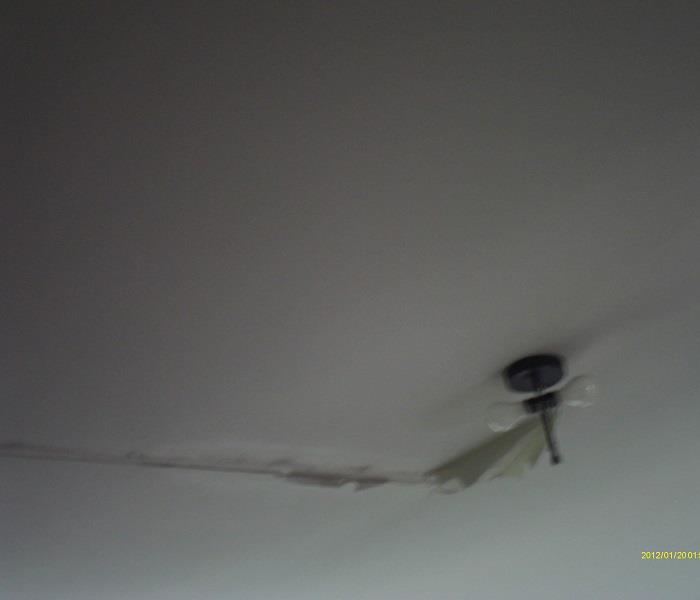 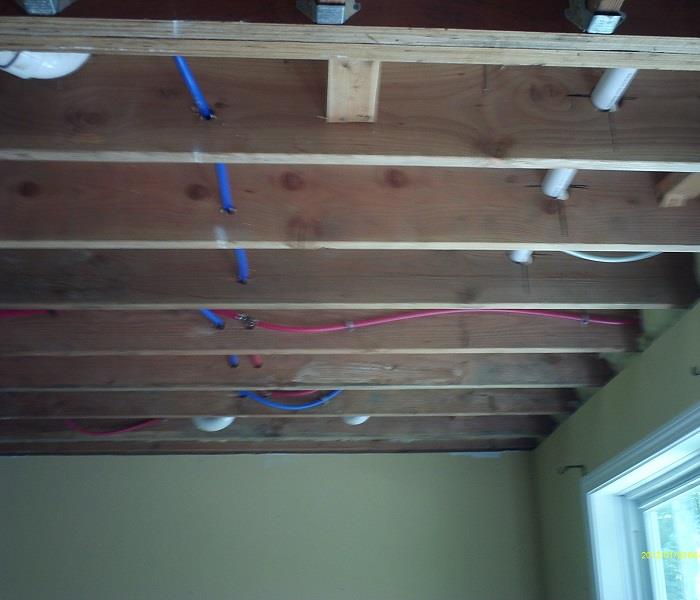 Upon arriving to the scene, the customer complained of a stained ceiling and random drops of water falling out of the ceiling. Having seen many of these before, the professionals at SERVPRO of Southern Worcester County knew just what was going to have to be done in order to resolve the issue. The water had invaded the ceiling and if it was not properly taken care of, could have resulted in an eventual collapse. The ceiling itself was therefore removed, as shown, and the area around it was scattered with dehumidifiers in order to suck the moisture out of air. The result was a satisfied customer and another job well done!