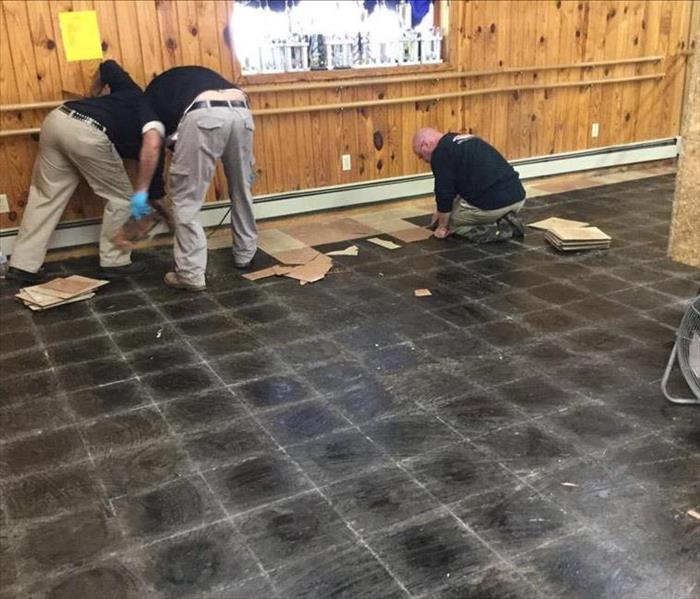 SERVPRO of Southern Worcester County was called to a home in Sutton, MA when a concerned homeowner called about the discovery of a water damage in her basement immediately after she had returned home from being away. When we arrived, our crew was dealt with a damage that smelled very musky and had potentially been in the basement for several days. Once we received the results from the moisture reading, we had no choice but to remove each tile, dry the infected area, and put in new flooring. The after picture shows three of our heroes working hard to remove each and every infected tile. After four days of hard work, the disaster was "Like it never even happened."